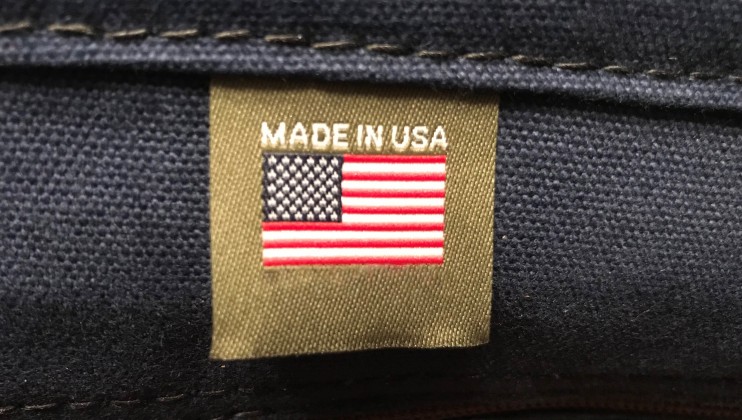 U.S. immigration gets more and more complex every year; it’s a patchwork of laws, regulations, policy memoranda, and the often unwritten guidelines of the local offices deciding to grant or refuse visas.

Under President Trump,  the use of memoranda and local guidelines has been referred to as the “Invisible Wall” and its impact is being felt across all areas of immigration. One of these, the April 2017 Buy American and Hire American Executive Order, is unique in that it is incorporated into consular officers’ guidelines but gives no direct guidance as to how to implement it.  Rather, it is designed to be a “spirit” (see below) in which adjudications are made.

A little background: at Abrams & Abrams, our clients from the United Kingdom are seeing greater difficulties in renewing certain visas at the U.S. consulate in London, whether a direct filing such as an E-1 or E-2 visa, or just obtaining a visa stamp on an already-approved petition filed first with Homeland Security (L-1, H-1B, etc.)

As most of the refusals we have seen and our colleagues have reported are meritless and their explanations confusing, we attribute them to the aforementioned Buy American and Hire American executive order (https://www.whitehouse.gov/presidential-actions/presidential-executive-order-buy-american-hire-american).  The Order seemed innocuous until it surfaced in the Foreign Affairs Manual, the State Department’s guide for consular officers issuing visas.  The sections on H, E, L, O, and P visas now contain the following phrase:

“On April 18, 2017, the President signed the Executive Order on Buy American Hire American (E.O. 13788), intended to create higher wages and employment rates for workers in the United States, and to protect their economic interests. The goal of E.O. 13788 is to protect the interests of United States workers in the administration of our immigration system, including through the prevention of fraud or abuse, and it is with this spirit in mind that cases under INA 101(a)(15)(H)/(E)/(L)/(O)/(P) must be adjudicated.”

E-2 visa issuance in Great Britain and Northern Ireland (to people of any nationality) fell to 3,041, a one percent drop.

Overall visa issuance to people from Great Britain and Northern Ireland (at all consulates around the world) fell from 101,765 to 95,908, a six percent drop.

Lastly, at the same time, overall visa issuance at the consulates in Great Britain and Northern Ireland (to people of any nationality) only fell by one percent, from 140,188 to 139,109.

Considering these last two in tandem, people from England, Scotland, Wales, and Northern Ireland were issued six percent fewer visas, but at their home consulate, the place where ninety-nine percent of them processed those applications, their numbers held steady.  The reason for this might require a deeper dive into the statistics via a Freedom of Information Act request to the Department of State, but for now we maintain that the Fiscal Years 2017 and 2018 issuance numbers are not promising.  The monthly reports from Fiscal Year 2019 appear to show little change.

Of course, E-2 visas are only one piece of the Buy American and Hire American puzzle.  The order has surely affected petition-based visas such as H, L, O, and P, such that some of the would-be visa applicants have their petitions denied, never getting the chance to even make their applications at the consulates.

What alternatives are there, for example, for the Scottish E-2 concerned about his ability to renew, or the L-1 potentially losing her job in the U.S., or the O-1 who despite three successful renewals now faces a difficult Request for Evidence on his extraordinary ability?  Our answer is permanent residence in the U.S., for those who want it, and typically through the PERM labor certification process.  Strangely, it is often easier to obtain the greater prize of a green card than it is to hold on to a temporary visa (possibly because the Labor Department, which governs a large part of the process, remains apolitical).

PERM is the means through which the U.S. Department of Labor ensures that granting permanent residence to someone foreign-born would not harm the American labor market.  It involves a test of that market via recruitment for the position, a meticulous process that is subject to numerous misconceptions from the general public.  In other words, it’s not as bad as it sounds, and at Abrams & Abrams we routinely obtain labor certification for beneficiaries in all industries, holding everything from manual labor positions to scientists.

Much has been written about the basics of the process, but here are some common “Did You Know” facts about PERM:

We’ve been recommending PERM for several years, ever since the backlog for professionals and skilled workers not born in India or China fell to just two years in 2014 and was effectively eliminated in 2015.  In other words, a PERM could be completed and result in a permanent residence filing so quickly that our clients from the United Kingdom often came to the U.S. on ESTA, met a potential employer and began a sponsorship, and were working for the company with a green card within the year.  Compare that to the H-1B lottery which was far less certain, and depending on how close it was to the April 1 filing season, could result in work authorization later than a green card process would!

At the time of this article, we would be remiss if we did not mention S.386, a/k/a the Fairness for High-Skilled Immigrants Act of 2019, a bill in the U.S. Senate that would remove the per-country caps on employment-based green cards, reducing the backlogs for India- and China-born beneficiaries and raising them for all others.  At Abrams & Abrams, we understand the plight of our many clients born in those countries, but there are far greater fixes for the current situation than this bill.  We will continue to monitor the progress of the bill and adjust our recommendation for PERM-based permanent residence should it pass.

The effects of the April 22nd Executive Order on immigration